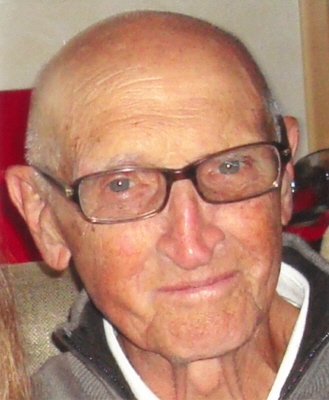 Jack was predeceased by many family members. His older brothers Henry "Hank", William "Bill" and older sister Gertrude "Gert" Harrington, all grew up in Westchester County, NY. Although they all started in the New York City area, they all ended up spending many of their later years in Mount Pleasant, SC.

Jack was married to Wendy Battenfield from Larchmont. They moved to Amityville, Long Island, NY to raise a family. Their first son, Robin, married to Jane, still lives in Amityville, and their second son, Peter, married to Lea, lives in Mount Pleasant, SC.In 1987 Jack moved to Mt. Pleasant, with his second wife Barbara who passed away in 2003. Jack has 6 grandchildren. Robin and Jane have Drew, Kate, Blake and Claire, all living in Amityville, and Peter and Lea have Jesse (with wife Katie) and Alan, all living in Mount Pleasant, SC.

Growing up, Jack was very athletic and played many sports, mainly basketball and tennis. After spending time in the Army at the end of World War 2 in Europe, he came home to NY and his schooling was at Davis and Elkins College in West Virginia and continued his education at New York University where he got his teacher certification. His first teaching job was at Amityville Memorial High School as a physical education teacher. Although he coached many sports, his notoriety on Long Island was earned as one of the most successful basketball coaches. He won many titles with his teams from the '50's thru the '70's. He was named Long Island Basketball Coach of the Year.
Once retiring to Mount Pleasant, he followed his passion for tennis and won many titles. His last big tennis moment was being named one of the top doubles players 80+ in the south. He also played golf frequently at Snee Farm Country Club, where he lived. When he moved to the area, he and Barbara fell in love with Stella Maris Church on Sullivan's Island. As a devout Catholic, he loved the ritual of attending weekly mass.

In his 80's & 90's, he was at the Mount Pleasant Senior Center most days, working out in the gym, playing Ping-Pong and shooting pool. Jack loved people and people loved Jack. He would light up a room with his quirky smile, his wittiness and his warmth toward everyone he encountered. He always saw the best in everyone and
then some. He spent the last part of his life at The Palms of Mount Pleasant and Savannah Grace.

God bless you Jack…we'll meet you on the other side.

Burial to be held at a later date.