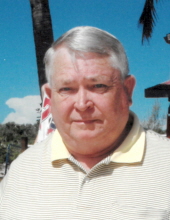 John H. Kline Jr. Life-long resident of James Island, South Carolina. Passed away on September 8, 2019 at the age of 74.
He was born on December 29, 1944 in Charleston, SC. He is preceded by his Mother, Valeria E. Gleason and his Father John H. Kline Sr.
He is survived by his loving wife of 54 years, Barbara Kline of James Island, SC. Brother, Gerald Kline. Sister, Alice Cooper. Brother, Raymond Kline. Son John D. Kline. Daughter, Susan D. Kline, spouse Daniel S. Meyer. Grandchildren, Chris Davis, spouse Tessa. Jamie Woodard. Logan Meyer. Great Granddaughter, Bella Davis. And multiple nieces and nephews.
John was an honorably discharged member of the United States Navy during the era of the Vietnam War. His love for ship and sea guided his passion for being a proficient angler. Among many skills acquired as a Tool and Die Maker. John became President and co-owner of Quality Custom Components of North Charleston. After selling his share. John retired to spend more time fishing and spending more time with his wife and family.
The family will receive friends on Friday, September 13, 2019 from 12:00 pm to 1:00 pm at McAlister-Smith Funeral Home, James Island, 347 Folly Road Charleston, SC 29412, (843)614-8494
A Celebration of Life service will be held at 1:00 pm after the receiving of friends.
Memorial contributions, in lieu of flowers, may be made to: American Cancer Society of Charleston.
To order memorial trees or send flowers to the family in memory of John H Kline, Jr., please visit our flower store.