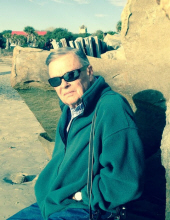 CHARLESTON -- John S. Jeffries, husband of Frances Smith Jeffries, of Charleston, SC passed away on Nov. 6, 2018 at the age of 73 from lung cancer.
John was born in Ocean City, NJ, on April 29, 1945 to George and Elizabeth Jeffries, also of Ocean City. He attended St. Augustine’s School and Holy Spirit High School, and then earned a degree in economics from St. Joseph’s University. He married his high school sweetheart in 1967, and they started their first of many businesses with the purchase of Geist’s Dock in Brigantine, NJ. He went on to work at the Atlantic County Welfare Board, the Atlantic County Prosecutors Office, and Lawmen’s Supply, and then took various sales positions, ending his career at Hughes Lumber and Hardware Store in Charleston, SC.
John was most at peace beside the sea and was a life-long student of military history. He enjoyed touring naval ships, accompanied by his wife of 51 years, who was happy to tag along since she shared a love for the coast with him.
John is survived by his wife and sister, Rosemary Jeffries, R.S.M., Ph.D., of Wall, N.J. Also surviving are his son Sean Jeffries (Lisa) and granddaughter Keira, and daughter Shanon Fauerbach (Eric), granddaughter Lindsey, and grandsons Charlie and Keller.
Memorial gifts may be directed in lieu of flowers to the MUSC Foundation/Hollings Cancer Center, 18 Bee Street, MSC450, Charleston, SC 29425 or at https://connect2.musc.edu/cancer.
To order memorial trees or send flowers to the family in memory of John S. Jeffries, please visit our flower store.