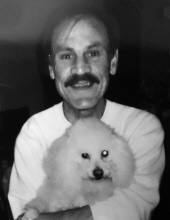 John Hamilton, Jr., 69, of Charleston, SC, husband of 41 years to Yoko Hamilton, entered into eternal rest on Tuesday, January 7, 2020, surrounded by his family.

Born in Charleston, SC in 1950, John was the son of the late Mary Louise Martin Hamilton and the late John Warren Hamilton.

John attended James Island High School, where he was one of the most outstanding football running backs in the state, being named to the Prep All-American team as well as the All-State and All-City teams his senior year. John served proudly in the U.S. Air Force in the Vietnam conflict in Communications. After his service, John graduated from the College of Charleston and pursued a very successful career in the insurance industry and the U.S. passport agency.
John was a committed Christian who loved being a member of Seacoast Church West Ashley Campus, where he served in the food bank ministry along with Yoko his wife.

In addition to his parents, John was preceded in death by his sister Diane Louise Hamilton and their three precious poodles Pierre, Pierre, Jr. and Pierre Baby.

The family will receive friends at McAlister-Smith Funeral Home West Ashley Friday, January 10th from 10:00 AM to 11:00 AM at which time the funeral service will begin. Burial will follow at Holy Cross Cemetery.

After the graveside service the family will gather at Seacoast Church West Ashley at 2049 Savannah Hwy at Charleston, SC. to receive friends.

Memorial contributions may be made to Seacoast Church West Ashley Campus.