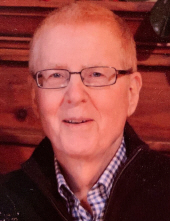 John Wayne Luther passed away on October 23, 2019 of Parkinson’s Disease and related complications in Charleston, SC where he has lived the past 20 years.

Valerie and John enjoyed active vacations from hiking the Santa Catalina Mountains in Arizona to biking trips in Europe with longtime business school friends. A farmhouse in Vermont was their “Walden Pond” and he treasured a multitude of furry friends over the years, especially “Miss Myrtle.” Moving from Westport to Kiawah Island in retirement, he was involved with the Charleston School District, the Kiawah Island Conservancy and the Charleston Symphony Orchestra. An affable sort, he loved people and had many friends from every walk of life.

Memorial gifts may be made to Charleston Animal Society or the Charleston Symphony Orchestra.

Services will be private.

To order memorial trees or send flowers to the family in memory of John Wayne Luther, please visit our flower store.