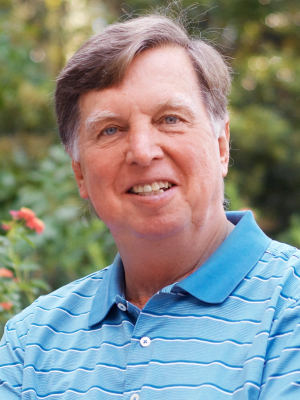 John William Sanders, of Kiawah Island, SC passed away peacefully at the age of 78 on February 24, 2021, surrounded by his family at home.


John is survived by his beloved wife of 55 years, Aileen (Meininger) Sanders; their two daughters and sons-in-law, Jenny Sanders and Jim Reber of Seattle, Washington, and Jane Sanders and Richard Radnay of Brooklyn, New York; four grandchildren, Leah Radnay, Sarah Radnay, Jackson Reber and Lauren Reber; his sisters Barbara Mac Neil (Bob) and Janet DuRoss (Russ) of Macomb, Michigan; his brother David Sanders (Lanie) of Oregon, Wisconsin; and many nieces, nephews and cousins. He was predeceased by his parents, George and Virginia Sanders.


John was born in Detroit, Michigan on February 2, 1943. He graduated from Austin Catholic Preparatory School in 1960 and a year later met the love of his life, Aileen. He earned a Bachelor of Electrical Engineering from the University of Detroit in 1965, where he made lifelong friends that were dear to him. John and Aileen were married that same year in August. After earning graduate degrees at the University of Michigan in 1966 and Harvard Business School in 1968, he found his way into automotive advertising, starting in marketing research and strategy at Campbell-Ewald and then moving on to account management and executive leadership at Young & Rubicam and Wunderman Worldwide.


Throughout his life, and especially in retirement, John enthusiastically pursued his passions, often involving those close to him. He was an avid and accomplished golfer, photographer and world traveler. He savored music (especially jazz), films and chocolate. He read hundreds of books. He loved a good competition, whether it was fantasy football, the annual Kiawah Cup golf tournament he hosted for his Michigan friends, bridge club, or a creative contest or game of his own invention. He brought fellow photography enthusiasts together to start the Kiawah Island Photography Club and thoroughly enjoyed sharing his digital camera knowledge as well as learning from other members. His multimedia slideshows commemorating trips or milestone events always achieved his goal of "laughter and tears." He was generous, kind and supportive. He and Aileen loved being at Kiawah, yet also stayed connected to friends and family everywhere. John absolutely loved being a dad and grandfather and gathering extended family together. He was clever, creative, abundantly optimistic and always moving forward. And, of course, he was tall, in both stature and character. John affected so many people in a positive way.


A Mass of Christian Burial will be held at Holy Spirit Catholic Church, Johns Island, SC on Friday, March 5, 2021 at 11:00am. Due to the pandemic, there will be no visitation beforehand. All are welcome to join in person or through a live stream, which can be found here: https://youtu.be/WsffIbyEOz8. Interment of ashes will be at the Columbarium in the garden at Holy Spirit.


The family appreciates all of the love and support received over these last months and wants to especially acknowledge the devoted Benzina Washington as well as Hospice of Charleston for their compassionate care of John. In lieu of flowers, memorial contributions may be made to support the following causes close to John:


John Sanders Scholarship Fund with Trident Technical College's Photography Program, established in 2020 by the Kiawah Island Photography Club in John's honor. Information about the scholarship and how to donate is here: https://kiawahphotoclub.org/sanders-scholarship/


Our Lady of Mercy Community Outreach, which serves neighboring communities in the Charleston area. https://www.olmoutreach.org/


CurePSP, which provides support for families and funds for research to treat neurodegenerative conditions including Progressive Supranuclear Palsy.


View and share memories of John or express condolences online at https://www.mcalister-smith.com/obituaries.
To order memorial trees or send flowers to the family in memory of John William Sanders, please visit our flower store.