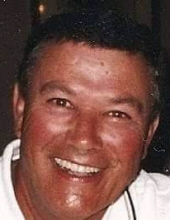 Joseph (Joe) Patrick Morgan, 79 of Charleston SC, entered into eternal rest on Wednesday, February 3, 2021, surrounded by his loving family. Joseph was born in Philadelphia; His parents were the late Caroll Milliken and Josephine Morgan. He was predeceased by his loving wife Sandra Morgan.

Joseph (aka "Joey") enlisted in the Air Force Reserve as a Military Police servicemember and was deployed in the Vietnam War. Returning from the war with an honorable discharge from the military. Joseph started his family in Fargo, ND and that was his home for most of his life.  Joseph's career spanned from the military to a high school biology teacher, college football and track coach, and to his long career as a pharmaceutical representative where he formed many lasting friendships.

After retirement, Joseph and Sandra moved to South Carolina and enjoyed their days on the golf course, laughing, and spending time with friends and family.  He had a soft spot for English Springer Spaniels.  As an avid researcher, he found joy in studying all sports, his interests in medicine, and military history.

Because of the restrictions that COVID-19 has brought about, and for the safety and care of our family and friends, there will be a Celebration of Life once it is safe for us to gather in remembrance.

In lieu of flowers, memorial contributions in Joseph`s memory may be sent to St. Jude Children’s Research Hospital. Joe and Sandi were avid supporters of this charity.