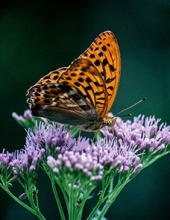 Born on March 07, 1943 in Laurinburg, North Carolina, Judy was a daughter of the late Garrard and Virginia Johnson.

Judy graduate from St. Mary's Academy in Amarillo, Texas, in 1961. She married Ben F. Lumpkins Jr. of Amarillo in November of 1961. Judy was a housewife for 25 years. She was a cheerleader at St. Mary's Academy in high school. She was a cafeteria cook at St. John Newman Catholic School in Lubbock, Texas where she was a cantor for 20 years. She was also a volunteer at Christ the King High School in Lubbock. Judy retired from Texas Tech University Medical School as a Benefits Coordinator for the OB/Gyn Clinic. She was an active member of St. Mary's parish of Yonges Island.

Following her retirement, Judy moved to Charleston, SC where she enjoyed many years with extended family. While in Charleston, she was a member of Stella Maris Catholic Church.

Besides her parents, Judy is predeceased by her daughter, Virginia Pitts and son in law, Michael Pitts.

A Memorial Mass will be held at Stella Maris Catholic Church on Sullivan's Island on Monday, May 10th at 10:00 AM, with a burial to follow at St. Lawrence Cemetery, Charleston, SC.

In lieu of flowers, memorial contributions in Judy`s memory may be sent to Right to Life.