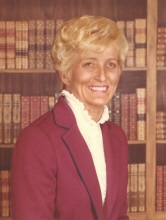 Katherine â€œKittyâ€ Wade Stanley Born Baltimore, MD July 4th, 1934, daughter of Lorentz G. Wade and Anita Biemiller Wade. She grew up in Westfield, NJ and earned her degree in Early Childhood Education from Goucher College in 1956. She met Coast Guard Academy graduate John Stanley in Cape May, NJ and married two years later. After a year teaching first grade in a two room schoolhouse in Sudbury, MA spent the next 26 years raising four children and moving eight times with Johnnyâ€™s assignments with stops in Boston MA, Troy NY, Ketchikan AK, Seattle WA, New Orleans LA, and Washington, DC. Upon Johnnyâ€™s retirement they followed their dream to the beach in Isle of Palms SC where she began actively volunteering at MUSC Childrenâ€™s Hospital in 1988 in the neo-natal and pediatric intensive care units. She was recognized for her service to the Bone Marrow Transfer Program in 1991 and again for her service in the Childrenâ€™s Oncology unit in 1999 with the Ann D. Edwards MUSC Volunteer of the Year Award. Her legacy at Childrenâ€™s is and always will be the lives of the children and families she touched so deeply with her compassion and love. She will be dearly missed by her husband of 57 years, Johnny, and her four children, Skip, Kimberly, Mike and Jeff ; their spouses, Teri, Rivet, Kathy and Joan; nine grandchildren, Christina, Rivet, Chelsea, Dylan, Wade, Lauren, Christopher, Tyler and Jake; two step grandchildren, Sean and Erin; and brother Jack, sister Betsy; her many friends and those many people whose lives she touched. A memorial reception will be held at Franke at Seaside Burgess Center on Thursday April 3rd at 1:30PM. In lieu of flowers, memorials may be made to MUSC Childrenâ€™s Hospital, 169 Ashley Ave. Charleston SC 29425. Expressions of sympathy may be viewed or submitted online at www.McAlister-Smith.com.