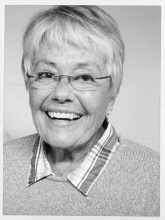 Kathryn â€œKatyâ€ Hufnagle , 72, of Hollywood, SC, passed away on Sunday, September 20, 2015. She was born on Tuesday, May 25, 1943 in Springfield, MO, to the late Dr. Grace Clem Kammer and the late Dr. Walter Kammer. Katy retired from MUSC as a speech language pathologist, but stayed active as a member of the MUSC Cleft Palate Clinic, and of the VPI Clinic. She was also associated with the America Cleft Palate/Craniofacial Association and the American Speech Language and Hearing Association. Katy was a (1) a 'don't-bother-telling-me-no' advocate for children and families, (2) a steady supporter and counselor for children and families affected by cleft palate and other craniofacial birth defects, (3) often a key to survival for babies born in her geographic area, and (4) a valued colleague for many of us who have worked in this field for years. Katy is survived by her loving husband of 48 years, Jon Hufnagle of Hollywood, SC; one son, Chris Hufnagle of North Charleston, SC; one daughter, Kammer Hufnagle of Wheaton, IL; two grandchildren: Aiden and Mason Monce of Wheaton, IL; two brothers: John Kammer of IN and Doug Kammer of Portage, WI and her cousin, Chris Dungan of Portland, OR. A gathering of friends to celebrate Katy will be held from 3:00pm to 6:00pm on Saturday, September 26, 2015 at Stono Ferry Plantation Pavilion, Amenity Field, Hollywood, SC. Memorial contributions may be made to MUSC Cleft Palate Clinic, Att: Sherry Cannon, Medical University of South Carolina, 135 Rutledge Avenue, MSC 550, Charleston, SC 29425. Expressions of sympathy may be viewed or submitted online at www.mcalister-smith.com. Arrangements have been entrusted to McALISTER-SMITH FUNERAL HOME WEST ASHLEY CHAPEL, 2501 Bees Ferry Road, Charleston, SC 29414, 843-722-8371.
To order memorial trees or send flowers to the family in memory of Kathryn 'Katy' Hufnagle, please visit our flower store.