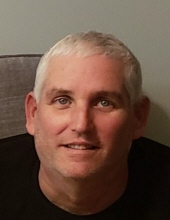 JAMES ISLAND - Kelly Ross Corlett, 50, of the James Island community of Charleston, South Carolina, husband to Hart Corlett of 20 years, entered into eternal rest on Thursday, June 25, 2020, surrounded by his family while at home.

Born on August 5, 1969 in Warner Robins, Georgia, Kelly was a son of Rex Corlett and Linda Marie (Sutton) Corlett.

Kelly will be remembered by his family for his passion for his Family, Fishing, Nascar and most importantly his life as a Fan of Oklahoma Sooners Football.

A memorial service to remember and honor Kelly's life is being planned and will be announced once finalized.

In lieu of flowers, memorial contributions in Kelly's memory may be sent to the American Cancer Society for Lung Cancer Research.