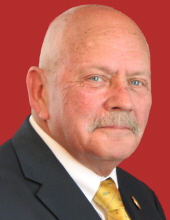 Kenneth Earl Gunn, Jr., 69, of Moncks Corner, South Carolina, passed away Thursday, February 7, 2019 at MUSC. He was born June 17, 1949 in Cairo, Illinois, the only child of the late Kenneth and Maxine Gunn.

He served eight years in the US Army, including two tours in Vietnam. During this time, he also served as a volunteer firefighter in Fairfax County, Virginia. Upon discharge from the military, he moved to West Virginia where he worked as a paramedic for St. Joseph's Hospital. He subsequently worked for Borg Warner/GE from which he retired in 2008. Upon retirement, he relocated to Moncks Corner, SC. There, he ran for and was elected to the position of Berkeley County Councilman where he served from 2013 until his passing.

He is survived by his wife of 48 years, Patricia Gunn; a daughter, Julia and Richard Wright of Mooresville, NC; a son, Jason and Robin Gunn of Mount Pleasant, SC; and six grandchildren: Chloe and Ethan Wright, and Lindsay, Jill, Ivy, and Isaac Gunn.

The family will receive friends on Sunday, February 10, 2019 from 1:00 PM - 3:00 PM at McAlister-Smith Funeral Home, 869 St. James Avenue, Goose Creek, SC 29445. A funeral service will immediately follow at 3:00 PM in the same location. Burial will be at Sunset Memory Gardens in Parkersburg, WV.