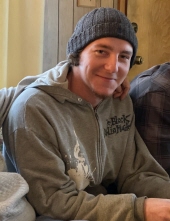 Kevin was an avid skateboarder, well-known and loved among the local skateboarding community. He had a deep passion for cars, having devoted much of his time to honing his craft in auto mechanics. Kevin was a talented drummer, far beyond his years, starting when he was just eight years old.

Kevin had an enormous heart, and felt more deeply than most. More than any one of his talents, he was passionate about his friends – of which he had many. Nothing gave him a greater sense of pride than seeing those he cared about succeed.

He was called to Heaven by Lord Jesus and Neil Peart for the great gig in the sky.

Kevin is survived by his parents, James and Christine; his brother, Jimmy; his sister, Alissa; and his beloved grandmothers, aunts, uncles, cousins and friends.

The family will receive friends on Friday, January 17, 2020, from 11:00 AM – 1:00 PM, with a service to follow at 1:00 PM at McAlister-Smith Funeral Home West Ashley. Burial will follow at Live Oak Memorial Gardens.