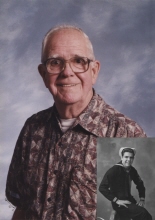 The much loved Lawrence S. Schunck (Larry) passed away in Charleston, SC, after battling Parkinsonâ€™s Disease, at the age of 87. Larry was born in Cleveland, Ohio on April 18, 1927 to James & Garnet Schunck. He was the oldest boy of the family. Larry is survived by sisters, Gloria (Arnie) and Joy, both of Wachula, FL, and brother, James (Sandy), of Willoughby, Ohio. He was preceded in death by his sister Bertha (Hal). Larry served honorably in WWII as a proud Navy man. After his service he returned to Cleveland to be a Maintenance Supervisor at Lubrizol Corporation in Wickliffee, Ohio for 36 years. The highlight of his time at Lubrizol was meeting the love of his life, Eleanor Jean (Downing). They were married 62 wonderful years. Together they had two daughters; Susan M. Weidner (Chuck) who preceded him in 2006 after a battle with lung cancer, and Gale A. Raab (Rich) of Charleston, SC. As their family continued to grow grandchildren were added to the fold. Susan had three children; Lindsey Weidner of VA, Julia Weidner of NC, and Colin of NY. Gale had two children; Mitchell Raab (Becky) of CA, and Meagan Raab of SC. Larry and Eleanorâ€™s joy continued as Meagan Raab added a Great Grandson, Justice Raab, to the Schunck Clan. For those who were privileged to know Larry, they realized that family was everything to him. His love for Eleanor and family grew deeper each day, as many of us were privileged to witness. When he was not involved in family activities, Larry & Eleanor were active members of the Buckeye Squares Square Dance Club for over 25 years, where he twirled and do-si-doâ€™d his favorite partner Eleanor. He also enjoyed bowling, fishing, boating, and camping. Larry will be deeply missed and remembered fondly for the exceptional man, husband, brother, father, grandfather, and friend that he was. A memorial service will be held on Wednesday, Oct. 15th, 2014 at 1pm @ Beaufort National Cemetery. Flowers may be sent to McAlister-Smith Funeral Home, James Island Chapel and memorial contributions in Larryâ€™s memory may be directed to the Parkinsonâ€™s Disease Foundation, www.pdf.org. Condolences may be viewed or submitted at www.mcalister-smith.com Arrangements have been entrusted to McALISTER-SMITH FUNERAL HOME, JAMES ISLAND CHAPEL, 347 Folly Road, Charleston, SC 29412, 843-614-8494.