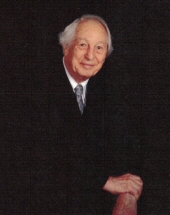 James Island - Louis Ettles Repeta, 83, of James Island, died peacefully Monday, November 24, 2014 in Roper Hospital with his wife Rosemary at his side. Lou was born on June 25, 1931 in New York City, New York to the late Henry Repeta and Annie Gray (Ettles) Repeta. He was a U.S. Army veteran serving during the Korean Conflict. He was a retired Senior Research Engineer at Brookhaven National Laboratory in Upton, NY. He was a member of the Unitarian Church of Charleston. Lou will be deeply missed by family including his wife of 35 years, Rosemary Westray Repeta of Charleston. He was predeceased by his brother, Henry Repeta. He is survived by his children, Marge Kassay of Ronkonkoma, NY, Karen Frazzetta of Cape Coral, FL and Beth DiFilippi (Anthony) of Whitestone, NY and grandchildren Felicia Frazzetta, Melissa Kassay and Anthony Angelo DeFilippi, one niece, three nephews and several cousins. Lou was an avid scholar of U.S. philately and specialized in the 3 cent 'Stuart' Washington for which he won many awards. He was a past member of the Board of Governors of the Collectors Club of New York and the Bureau Issues Society. He was also a member of the Error, Freaks and Oddities Collectors Club, the Perfins Club, AAPE's and was a life member of the American Philatelic Society. Lou enjoyed golf, cooking, traveling, reading, chamber music, the theater and ballet. His favorite recording was Samuel Barber's Adagio for Strings, Op. 11, which he found very peaceful. Lou was educated at Hofstra University (B.S.) and received an M.S. from Brooklyn Polytechnic Institute. He was employed at Brookhaven National Laboratory for much of his life. He retired from the Lab in 1989 and relocated to James Island. He loved animals and was the pet guardian of four cats, most recently, Scamp who he played 'fetch' with every day at 3 p.m. The family thanks Dr. Brian Lingerfelt, CHOA, and the staff at Roper Hospital for their compassionate care. Family and friends are invited to attend his visitation from 6:00 p.m. until 8:00 p.m. on Monday, December 1, 2014 at McAlister-Smith Funeral Home, James Island Chapel, 347 Folly Rd. Funeral service will be at 12 Noon December 2, 2014 at the funeral home chapel. Burial with military honors will follow at Holy Cross Cemetery. Memorial contributions may be made to the Unitarian Church of Charleston or to a charity of one's choice. Condolences may be viewed or submitted at www.mcalister-smith.com Arrangements have been entrusted to McALISTER-SMITH FUNERAL HOME, JAMES ISLAND CHAPEL, 347 Folly Road, Charleston, SC 29412, 843-614-8494.
To order memorial trees or send flowers to the family in memory of Louis Ettles Repeta, please visit our flower store.