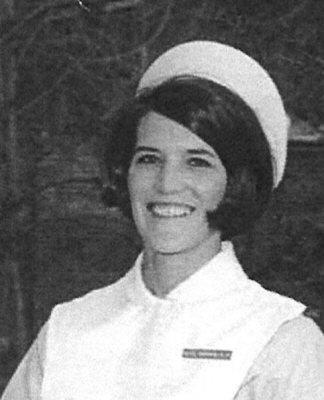 Margaret Nel (Peggy) Madden, born January 3, 1946 in Charleston, SC, passed away on August 18, 2020. She was the daughter of the late Robert E. Madden and Nellie (Kurtz) Madden.

She graduated from Sacred Heart Junior College in North Carolina and St. Joseph's Infirmary in Georgia, where she was a First Honor Graduate and went on to receive a Bachelor of Science Degree in Nursing at the Medical College of Georgia, Augusta, where she was an honor student. She worked at Grady Memorial in Atlanta, Georgia and the V.A. Hospital in Charleston, SC as well as MUSC in Charleston.

Peggy was a nurse for most of her adult life and was very dedicated to that career. She loved taking care of the tiny babies in the Neonatal ICU, but most of her nursing career was in Oncology, where she was so knowledgeable and where she showed so much compassion for her patients.

She had a flashing smile and was very smart, clever, quick witted and humorous - all rolled into one. She was someone you could confide in and a trusted and loyal friend to so many - including her large family.

She loved the beach, growing flowers from seed on her deck and sharing good times and laughter with her friends and family. She was a loving, giving friend and will be missed by many.

Due to Covid, a private memorial service will be held at a later date.
To order memorial trees or send flowers to the family in memory of Margaret (Peggy) Nel Madden, please visit our flower store.