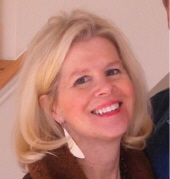 Margot Theis Raven was born in Indianapolis, IN on August 30, 1950 and died in Mt. Pleasant, SC on August 16, 2014. She was the oldest daughter of Bob Theis, Sr., and the late Peggy Theis of Vero Beach, FL. She is survived by her husband, Tom Hanton, her three siblings; Bob Theis, Jr., Peggy Smith, and Nancy Weed and four adult children; Scott, Bryan, and twins Ashley and Mike Raven. Margot was an accomplished fine art painter and a national award-winning author with ten published books. While living in the Boston area during the mid-90s, Margot re-embraced her early love of painting by studying at Bostonâ€™s celebrated De Cordova Museum and Sculpture Park. At the De Cordova, Margot was highly influenced by classic approaches to oil painting and pastels as well as by the unique color theories originated by Germanyâ€™s famous Bauhaus school. â€œI donâ€™t want a painting to tell the viewer what he can see for himself. I strive to unleash what the viewer senses deep inside about a subject so the truth of the subject -- its story -- is unveiled,â€ she once related. Margot was a member of the Charleston Artist Guild with her paintings being represented by several Charleston and Alexandria, VA art galleries. She was also honored to sit on the board of the Greenhouse Gallery of Fine Art (San Antonio), which annually showcases the International Masters of Fine Art Invitational Exhibit. As a national award-winning author, Margotâ€™s long professional career included writing in the fields of radio, television, magazine, newspapers, and childrenâ€™s books. She has more than 1,000 published articles to her name, and ten published childrenâ€™s picture books. Her last book, â€œRAGS â€“ Hero Dog of WWI,â€ was just released on August 2, 2014. Margotâ€™s childrenâ€™s books are unique, bridging generations of readers through the belief that the worst of times can bring out the best in people. Often set against powerful backdrops such as World War I or Americaâ€™s civil rights period, her books tell stories of history and capture moving moments in the lives of real people â€“ often quiet ones â€“ who become inspirational heroes by their example. Her national awards include: * The prestigious International Reading Associationâ€™s Teacherâ€™s Choice and Childrenâ€™s Choice Awards; * A First Place for the 2002 Midwest Childrenâ€™s Literature Book Award; * A Storytelling World Honor Award; * The Martin Luther King Living the Dream Award; * The Fielder Freedom Award; * A Childrenâ€™s Crown Honor Book Award; * A select nomination for the James Madison Book Award, which recognizes excellence in knowledge and understanding of American History. Margot will be deeply missed by her close family and many nationwide friends. Family and friends are invited to attend her Liturgy of Christian Burial Mass 11:00AM, Tuesday, August 19, 2014 at the St. Benedict Catholic Church, 950 Darrell Creek Trail, Mt. Pleasant, SC. Interment will be in Arlington National Cemetery, Arlington, VA at a later date. In Lieu of flowers, memorial contributions may be made to Triple Negative Breast Cancer Foundation, PO Box 204, Norwood, NJ 07648 or online www.tnbcfoundation.org Arrangements are being handled by McAlister-Smith Funeral Home's, Mt Pleasant Chapel. On-line condolences may be sent to the family at www.mcalister-smith.com
To order memorial trees or send flowers to the family in memory of Margot Raven, please visit our flower store.