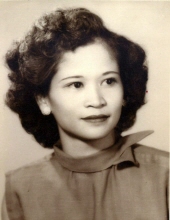 The family will receive friends on Monday, September 23, 2019 at 6:00 PM at McAlister-Smith Funeral Home, Goose Creek. A rosary prayer will take place at 7:00 PM.

Expressions of sympathy may be viewed or submitted online at www.mcalister-smith.com.Funeral arrangements have been entrusted to McAlister-Smith Funeral Home, 869 St. James Ave., Goose Creek, SC 29445, (843) 553-1511.
To order memorial trees or send flowers to the family in memory of Mary Aloot Davidson, please visit our flower store.