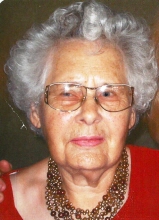 Mary Ellen (Hensley) Sutton, Formerly of Rochester Mary Ellen Sutton, nee Hensley, 92, of Mount Pleasant, SC, passed away on Sunday, August 31, 2014. Mary Ellen was predeceased by her husband of 63 years, Guy Walter Sutton; her mother, Lulu Delle Hensley; father, Earl Hensley; sister, Olive Francis Gretchius, and brother, Robert Peter Hensley. She also was predeceased by her granddaughter, Stacey Renee Gates and her grandson, Robert Francis Townsend, Jr. Surviving are her daughter, Linda Diane Townsend; grandson, Scott Leroy Gates; son-in-law, Robert Francis Townsend; grandson, James Brian Townsend and great-grandchildren, Christina Michelle Townsend, Robert Francis Townsend III and Michael Lawrence Townsend. Born in Hensley Township, Champaign County, IL, on October 8, 1921, Mary Ellen reminisced often about life on the farm, walking both ways to a one-room schoolhouse, living with her aunt to attend Champaign High School and attending the University of Illinois. While at the University where she was a journalism major, she worked on the school newspaper, The Illini, and was initiated into the journalism honor society. In 1941, she attended a USO dance at Chanute Army Air Field and met her future husband, Guy. Marrying in 1942 during the war, she enjoyed living at various army/air bases in Arizona and Texas. The open skies and jagged mountains enthralled her. As her husband Guy said, 'She never met a rock she didn't like.' After the war, she and Guy moved to Rochester, PA, outside of Pittsburgh, to establish a business that lasted for 36 years. Beginning as a full-service gasoline station, they added a gasoline company and one of the largest automated car washes in the United States. Although she was reserved she joined the Toastmistress Club. Also she was involved with the local Business and Professional Women's Club, the Rochester Methodist Church and the Rochester Women's Club and served in various positions. As an avid reader, she frequented the Beaver Public Library. She loved good literature, but her very favorite were mystery stories. Always ready to go, Mary Ellen could be in a car or on a plane within a few hours. Both she and Guy traveled extensively throughout the world and within each of the states. As Members of the Golden Panthers, they followed the University of Pittsburgh football team to numerous college stadiums and bowl games. They also visited many courthouses, small towns and distant relatives to collect family history. In the mid 1950's, Mary Ellen became involved in genealogy and developed an extensive history of the Hensley and Sutton families and wrote many memoirs. In 2005, she and Guy moved to Mount Pleasant, SC, to be with their daughter and son-in-law. Shortly after Guy died, but she continued to live here. She attended St. Andrew's Anglican Church and belonged to several local Republican organizations and East Cooper Women's Club. At the time of her death, she resided in assistive living at Franke at Seaside. A memorial service will be held at the historic church at St. Andrew's, Whilden and Venning Street, Mt. Pleasant, at 10:30 a.m. on Friday, September 5 and a reception will follow at the adjoining SAMS Hall. Memorial contributions in her name may be made to ITNCharlestonTrident.org Expressions of sympathy may be viewed or submitted online at www.McAlister-Smith.com. Arrangements have been entrusted to McALISTER-SMITH FUNERAL HOME, Mt. Pleasant Chapel, 1520 Rifle Range Rd., Mt. Pleasant, SC (843) 884-3833.
To order memorial trees or send flowers to the family in memory of Mary Ellen Sutton, please visit our flower store.