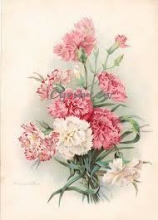 Mary F. Donnelly, 91, of Hanahan, SC, passed away on Saturday, October 24, 2015. She was born on Wednesday, December 26, 1923, in Charleston, SC, a daughter of the late Annie Lee Johnson Finnegan and the late Michael Finnegan. Maryâ€™s father died when she was a young child, which forced her mother to place her in the Catholic Orphanage on Queen Street. Even though she enjoyed many visits back home on weekends and holidays, she remained in the orphanage until the age of 18. After graduating from Bishop England High School in 1941, she moved back home permanently with her mother, and went to work at the Charleston Naval Shipyard, where she would later retire as a keypunch operator. The shipyard is where she met her late husband, Edward Michael Donnelly, and they were married in 1948 at the old St. Josephâ€™s Church in downtown Charleston. Mary and her husband were members of the new St. Joseph Catholic Church in West Ashley for many years. She was a devout Catholic who loved her faith and family beyond measure. Even though her disease had taken so much from her, she never forgot how to make the â€œSign of the Crossâ€ and continued to bless everyone she came in contact with until the very end. One of the things she enjoyed most in life was doing for others. She received great pleasure in making â€œthe most delicious brownies in Charlestonâ€ and being able to share them with others. She also spent endless hours doing cross stitching. She always seemed to know when a special event was coming up for a friend or family member as she would have a beautiful cross stitched picture finished and awaiting them. She was a huge fan of Notre Dame football and never missed an opportunity to cheer on the Irish. She is survived by her daughter, Donna Heissenbuttle and her husband, Roy, of Hanahan, SC; two granddaughters: Allyson Driggers (Raymond) and Erin McCown; and five great-granddaughters: Grayson, Madelyn and Carsyn Driggers, and Hannah Grace and Lily McCown. A Memorial Mass will be held at 10:30 am on Wednesday, November 4, 2015, at St. Joseph Catholic Church, 1695 Raoul Wallenberg Blvd., Charleston, SC 29407, with Rev. Gabriel J. Smith officiating. Memorial contributions may be made to the Alzheimerâ€™s Association, 2090 Executive Hall Road, #130, Charleston, SC 29407. Expressions of sympathy may be viewed or submitted online at www.mcalister-smith.com. Arrangements have been entrusted to McALISTER-SMITH FUNERAL HOME WEST ASHLEY CHAPEL, 2501 Bees Ferry Road, Charleston, SC 29414, (843) 722-8371.
To order memorial trees or send flowers to the family in memory of Mary F Donnelly (Finnegan), please visit our flower store.