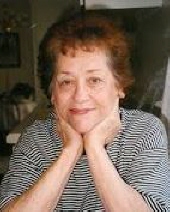 Mrs. Mattie 'Jewel' Kent Poston, 84, widow of Herman Louin Poston, Jr., of Charleston, SC, died December 16, 2015. Born September 13, 1931 in Milstead, Georgia, she was the daughter of the late Bert Kent and Nannie Womack Kent. Mattie Jewel was an intrepid mother, wife and community leader. She has been called an â€˜iconâ€™ by those who knew her in her years as a member of the Park Circle community. She tirelessly worked as an advocate and fundraiser for her childrenâ€™s activities â€“ clubs, church fundraisers, sports teams. She was the quintessential family mom as well as â€œteam mother.â€ Mattie Jewel was a matriarch who knew the power of the family table and it was widely known that there was always room for family and friends at her table. Mattie Jewel was born during the Great Depression, September 13, 1931. She was the 8th of 8 children of Nannie Womack Kent and Bert Kent. Her parents ran a boarding house in the Atlanta, Georgia area during the depression, which is where she learned that the family table can create support and connection. It is also where she learned about service to others, usefulness and sacrifice. Mattieâ€™s entire life was spent in service of others - first and foremost to her family. Her life was a study in making the best with what one has and of tireless generosity to others. She was intrepid and never gave up on anything or anyone. Mattie Jewel was a member of the Charleston Red Hats and The North Charleston Exchange Club Womenâ€™s Auxiliary. She was previously employed by the Cooper River Parks and Playground Commission (Park Circle) and the Charleston County School District. She was a devoted, fiercely loving wife, mother, grandmother, and friend - and proud to tell anyone so! Lucky to have her in their lives are: husband, the late Herman Louin Poston, Jr; daughter, Kay Poston Newman-AvRutick of Charleston and her husband David, their children Morgan Taylor Rudd AvRutick and Benjamin Poston AvRutick; her son, Louin Bert Poston and his son, Aaron Louin Poston and daughter, Savannah Rae Poston; her daughter, Terry Lynn Poston. Mattie Jewel, â€œMimi,â€will be missed by all. A memorial service celebrating her life will be held on Saturday, January 9 at North Charleston United Methodist Church, at 4:00 p.m. Memorial Donations may be made in her name to: North Charleston Recreation Department (Park Circle), Youth Programs, P.O. Box 190016, Dept. 700, Attention: Belinda Swindler, North Charleston, SC 29419 Expressions of sympathy may be viewed or submitted by visiting www.mcalister-smith.com. Arrangements by McAlister-Smith Funeral Home, Mt. Pleasant Chapel, 1520 Rifle Range Road.
To order memorial trees or send flowers to the family in memory of Mattie Jewel Kent Poston (Kent), please visit our flower store.