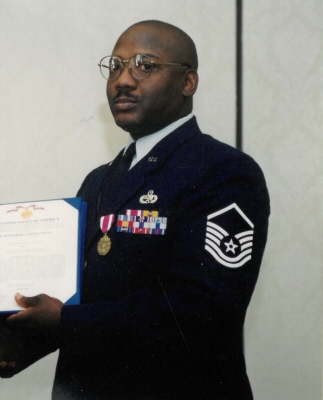 A Celebration of Life

Michael attended public schools in Lubbock, where he graduated from Paul Lawrence Dunbar High School in 1978. On July 7, 1978 Michael entered the United States Air Force. He was assigned to five different military bases during his military career. Michael wrote countless technical orders to improve procedures and was awarded three cash awards for writing new and updated procedures. Michael retired October 1, 2000 at Charleston Air Force Base as a Master Sargent. After retirement he was employed with the Department of State in Passport Services for 16 years. He worked at the Dallas Passport Agency and Charleston Passport Center. He enjoyed working with and learning from his fellow passport specialists. He was eventually promoted to supervisor.

In addition to his parents, Michael E Ray was proceeded in death by one brother, Robert Lee "Pete" Ray, Jr., and one sister, Jacquelyn "Jackie" Ray Porch.

He leaves behind to cherish his memory, his loving, devoted wife, Stacey E Ray "Big Bird" of 22 years. Sisters, Gwendolyn "Pan" Titus of Lubbock, Texas, Karen Sue Anderson of Lubbock, Texas and a host of nieces and nephews.

To order memorial trees or send flowers to the family in memory of Michael Eugene Ray, please visit our flower store.