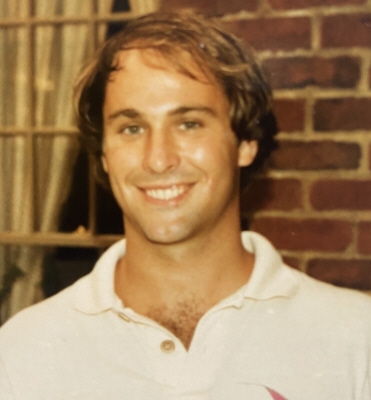 Born on April 3, 1958 in Washington DC, Michael was a son of Hubert Anderson Klapp and Mary Virginia Portney Klapp.

He graduated from Queen Anne's' County High School on the Eastern Shore of Maryland in 1976. Michael excelled as a member of the tennis and soccer teams.

Michael graduated from Randolph Macon College in Ashland , VA in 1980. He was a member of Phi Delta Theta fraternity. He played on the Randolph Macon tennis team. He also played intramural soccer and basketball.

Michael had a lifelong love of the water, fishing, and boating. Michael single-handedly rescued a man that had fallen from a large yacht into the Corsica River. He pulled the man on board and drove the boat to the family dock. He comforted the other passengers and called first responders to the scene, earning a front page article in the Queen Anne's County Record Observer.

Michael had a life long love of music. He still had a phonograph and all of his original albums. He loved nothing more than sitting on his screen porch on a beautiful South Carolina evening and playing his tunes. Michael was an avid gardener which was a love he shared with his father and brother, David. His yard was beautifully landscaped and he took great pride in it. He was an amateur artist that over the years was inspired by the beauty of the low country and nature and created many paintings that we will cherish.

He had many friends and will be deeply missed by all.

Michael is survived by his parents Herb and Ginger Klapp, his sister Karen Livesay (Rick) and their children Kyle and Jenna; his brother David Klapp (Marielle).

All services will be private.

Expressions of sympathy may be viewed or submitted online at .