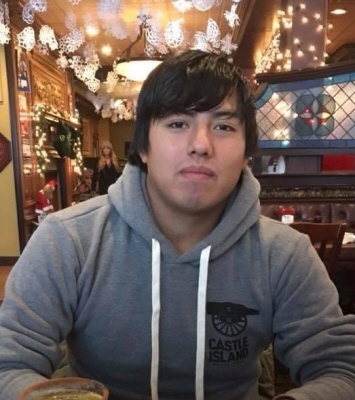 Michael Lawrence Hiller of Johns Island passed away unexpectedly in a car accident on July 9th at the age of 27.

Born on January 16, 1994, Michael was the loving, devoted son of Roy and Audrey Hiller of Johns Island, SC. He is survived by his sister Elizabeth Brown and her husband David Brown of Norwood, MA, his nephews Tyler and David Jacob, his niece Madeline, his uncles Tracy and Jeff Healy, and his cousins Billy, Jenny, James, Robert, Jamie, and William.

Michael was a 2012 graduate of Walter Pannas High School and completed his degree in History at the College of Charleston in 2020. Michael was employed by Publix in West Ashley, where he was very well-liked and formed close bonds with many of his co-workers. Michael planned to eventually attend graduate school for history and considered becoming a history teacher.

Michael enjoyed spending time with his family and friends, and his hobbies included traveling, fishing, jogging, watching basketball, and European Soccer. An animal lover, he was very devoted to his dogs Rosy and Leo and his cats Boo and Cali. Michael also was an avid video game player and collector of sports memorabilia who recently developed an interest in cooking; he particularly enjoyed finding new recipes to prepare for his family.

Michael was an incredibly kind, loving, and caring person who genuinely loved life with his family and friends. Always a gentleman with impeccable manners, and always one to put others before himself, Michael would do anything for those he loved, never expecting anything in return. His laughter and smile lit up any room he was in. He will be deeply missed.

The memorial service will be held at Holy Trinity Church, 95 Folly Rd Blvd on Saturday, August 7th, at 2:00 pm.

In lieu of flowers, memorial contributions in Michael's memory may be sent to the Charleston Animal Society, 2455 Remount rd North Charleston, SC 29406.