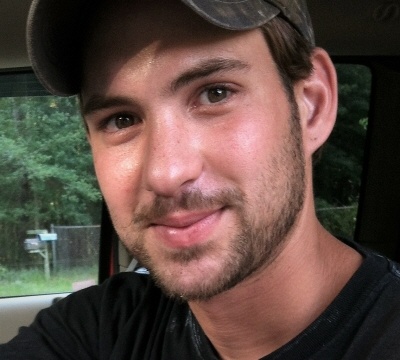 He was born on Tuesday, May 28, 1985 to parents Sandra (Lippard) and Robert Belaustegui and sister
Sarah Belaustegui of Beverly Hills, MI.

As a child, Michael was quiet, affectionate, and close to his mother. He loved playing with his dad's tools, copying whatever he was doing, even hammering nails in the deck. As a youngster, he took to the outdoors, joined the cub scouts, played on a travel soccer team and really enjoyed summer camp and vacations at Higgins Lake with his family. In his teens, he developed an interest in finish carpentry, electrical work and operating heavy equipment while working with a local builder.

He moved to Charleston, SC in his early 20s and took up a career as an electrician. Through friends, he met the love of his life, Da-Niel, settled down and started a family. He joined the International Brotherhood of Electrical Workers Local 776 and quickly established his capabilities and became an appreciated and devoted member. In addition to homebased Charleston projects, he as travelled to other states and worked on restoration of storm damage on the island of St Johns.

Michael is survived by his wife, Da-Niel (Miller) Belaustegui; daughter, Charlie; step-daughter, Reagan Miller; his parents, and sister. He also leaves behind beloved Aunts, Uncles, Cousins, friends and workmates. He is predeceased by his son, Benjamin who passed away May 7, 2017 at 17 months old.

He will be remembered for his loyalty, kindness, strong work ethic, beautiful smile and a deep abiding love of family. Being a loving father and part of a loving family was the most important thing in his life.
To order memorial trees or send flowers to the family in memory of Michael Scott Belaustegui, please visit our flower store.