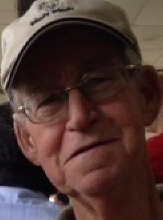 Charleston - Mr. Norman Milton Tillman, Sr., 75, of Charleston and husband of the late Sandra Stoppelbein Tillman, went to be with the Lord on Wednesday, June 8, 2016 at his home. Milton â€œMiltâ€ Tillman was born on September 20, 1940 in Charleston, SC to the late John R. Tillman and the late Mary Blackman Tillman. He graduated from Rivers High School in 1958. After graduation he enjoyed the retail business and later merchandising, inventory control and purchasing. He was a member of Epworth United Methodist Church, was a former James Island Optimist Club member, and was a parking attendant at the Folly Beach fishing pier. He enjoyed playing BINGO with friends and loved buying and selling on eBay where he went by the name of Milt-Mart USA. Survivors include his son, Norman â€œMikeâ€ Tillman of James Island; grandchildren, Lauren and Hunter Tillman; siblings, Bernice Walters (Tom) and Donald E. Tillman (Elaine); sisters-in-law, Kathy Tillman and Debbie Tillman. He also left behind his loving Chihuahua Magnolia (Maggie). In addition to his wife, he was preceded in death by his brothers, John R. Tillman III, Frederick L. Tillman and Gary L. Tillman. Miltâ€™s visitation will be held on Sunday, June 12, 2016 from 5-7 PM at McAlister-Smith Funeral Home, West Ashley Chapel. A Celebration of Life service will be held on Monday, June 13, 2016 at 11 AM at the funeral home. Interment will be at Live Oak Memorial Gardens immediately following the service. In lieu of flowers, memorial donations may be made to Epworth United Methodist Church, 1540 Camp Rd, Charleston, SC 29412. Condolences may be viewed or submitted at www.McAlister-Smith.com Arrangements were entrusted McALISTER-SMITH FUNERAL HOME, JAMES ISLAND CHAPEL, 347 Folly Road, Charleston, SC 29412, Phone: 843-614-8494.
To order memorial trees or send flowers to the family in memory of Norman Milton 'Milt' Tillman Sr., please visit our flower store.