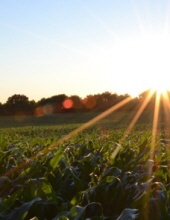 Otha Adolph Clark of Goldsboro, NC passed away on Wednesday, October 16, 2019. Otha was born on December 31, 1931 to the late Jack and Lorena Norris Clark, in the Chocowinity Township of Beaufort County, NC. He was married to Hildegard Wilhelmine Morick Clark for 48 years, who preceded him in death on May 19, 2017.

Otha's educational journey began in Chocowinity, NC, and graduated high school in 1950 at that location. After graduating high school, he entered into the military service, completed Basic Military Training (BMT) of the United States Navy at Great Lakes, IL and subsequently attended and completed the USN School of Photography at Pensacola Naval Air Station. At that point in time, Otha decided he would rather fly than swim, completing BMT of the United States Air Force at Lackland AFB, TX followed by his attendance and completion of the USAF School of Electronics and Air Navigation Techniques at Scott Air Force Base, IL in 1957. In 1960, Otha attended and completed the USAF Instructor Training Program at Lowery AFB, CO, finishing with a Master Instructor Rating. During the course of Otha's military career, he attended various aircraft manufacturing schools on a variety of air navigation equipment and air navigation techniques directly related to his career field. During Otha's assignments, he completed numerous programs and courses at local colleges and universities throughout the US. In 1969, he obtained an Industrial and Vocational Teaching Certificate from East Carolina University, Greenville, NC.

Otha's employment career was diverse, he was first employed as a USN Photographer in the Development and Test of Explosive Ordnance and Rocket Motor, Missile Motor and Space Engine Test and Development, with the Naval Ordnance Test Station in CA. He later worked as a USAF Instructor in Avionics and Air Navigation, for equipment and theory. He taught US and foreign students the operation and theory on most of the air combat and aircraft in use during his career. He retired from the military in 1974. After retirement, from the military, Otha continues his career in 1974 as an employee with Waukesha Transformer Solution and Company in Goldsboro as a Supervisor/Manager of various areas of Tests and Inspections within the Quality Assurance Development, where he remained until he retired in 1997.

Otha will be remembered by family and friends for his warm personality and wonderful sense of humor as well as unconditional love for God, country, family and fellowman, a reflection of his Christian teachings from the early years in the Methodist Church in Chocowinity Township, NC. His fellowship with the Lord continued throughout his military career and in recent years he attended service at the Base Chapel, Seymour AFB, NC and the First Baptist Church of Goldsboro.

Otha's daughters would like to thank those special friends and family members that gave him the support through the years, especially Mrs. Jessie Whitaker, who was his senior companion and care giver for the last few years.

In lieu of flowers, memorials may be made to WAGES, Meals on Wheels, 601 Royall Avenue, Goldsboro, NC 27534.