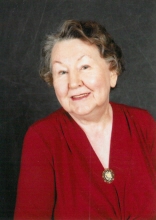 Patricia Willett Berry, 84, of Charleston, South Carolina, passed away at her West Ashley home on Tuesday, February 23, 2016. She was born January 3, 1932, in Columbus, Georgia, and graduated from the 1949 class of Chicora High School in North Charleston. Pat was a devoted and nurturing wife, mother, grandmother, daughter, sister, and aunt, dedicating her life to her family and her community. She was a lifetime member of the Low Country Girl Scout Council, serving both as a staff member and a volunteer over many years. An animal lover, she was active with the local ASPCA and was instrumental in starting the spay/neuter clinic. She was a proofreader at the News and Courier, and a switchboard operator at BellSouth. An accomplished seamstress, Pat was the Founding President of the Island Quilters Guild of James Island; she was also the regional chairwoman of ABC Quilts, an organization that stitched quilts for at-risk babies and donated them to local hospitals. Pat enjoyed spending days with a writing group at the Lowcountry Senior Center of James Island, of which she was a charter member and a frequent volunteer. A born writer, her legacy can be found in the poems and stories she penned over the years, all in her own beautiful hand, and in the collective creative talents of her children. She spent time in her later years revealing stories of her childhood in Georgia, the impressions of a young child of the Depression era that left an indelible mark on her life. Pat was preceded in death by her parents, Curtis L. Willett, Sr., and Minnie Johnson Willett; a niece, Victoria Willett; and a great-granddaughter, Bridget Massie. She leaves behind her loving husband of 65 years, Hugh M. Berry, Sr., of Charleston, and five children: Kathi Cunningham and her husband, Mark, of St. Louis, Missouri; LeAnne Gelwicks and her husband, Roy, of James Island; Rick Berry of West Ashley; Sandi Metts and her husband, George, of Hanahan; and Hugh â€œBoâ€ Berry, Jr., of West Ashley. Also remaining are her brother and sister, Curtis L. Willett, Jr., of Charleston, and Jane W. Murray of Summerville; eleven grandchildren: David Massie and his wife, Erin, of Mt. Pleasant; Christopher and Andrew Cunningham of St. Louis, Missouri; Teresa Stewart-Osario and her husband, Anthony, of North Charleston; Kelly Cunningham of St. Louis, Missouri; Sarah Cutteridge and her husband, Brandon, of Cheyenne, Wyoming; Keith Berry of Charleston; and Stephen Sitler of Charleston. Also Chris Metts and his wife, Natalie, of Summerville; Kathleen Toner and her husband, John, of Sand Lake, Michigan; and Daniel Metts and his wife, Samantha, of Austin, Arkansas. Pat also leaves fourteen great-grandchildren: Sean, Katie, and Megan Massie; Taylee and Caitlin Cunningham; Penelope Cutteridge; Steven, Gavin, and Paul Michael Cunningham; Julian, Lydia, and Eden Metts; and Kinsley and Teagen Metts; and nieces and nephews Lee Willett of Charleston; Jenny Creson, her husband Gene, and their son Eric; Elaine Murray of Summerville; Allison Shea and her son, Matthew Shea, of Atlanta, and daughter Julianna Johnston of Augusta, Georgia; Kile Willett, his wife Megan, and his daughter Avery, of Charleston. The family wishes to thank Hospice of Charleston for the attentive care and support they provided during Patâ€™s final days, and to those who have supported us with their presence, prayers, thoughts, and acts of kindness. Memorials may be made in Patâ€™s name to your local ASPCA. Friends may visit with the family on Friday, February 26, 2016, from 11:00 a.m. to 1:00 p.m. at McAlister-Smith Funeral Home on Folly Road, James Island. A funeral service will be held immediately after, followed by burial at Holy Cross Cemetery on James Island. Pastor Gary Tucker will officiate. Arrangements by McAlister-Smith Funeral Home, 347 Folly Road, Charleston, SC 29412. www.mcalister-smith.com