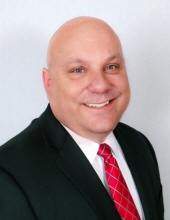 Philip "Phil" David Roddey, Sr., 53, of Johns Island went to be with his Lord and Savior Jesus Christ on Sunday, April 28th, 2019 at St. Francis Medical Center, surrounded by his close family and friends.

Phil was an avid family man and sports fan who enjoyed cooking, cheering for his kids, and spending time with his loving wife. Phil held multiple positions in multimedia companies working in advertising for print and television. Throughout his career he won numerous awards and accolades in sales and sales management. In addition to all his professional awards, he was also unanimously voted, “Best Daddy in the World” by his children.

He is preceded in death by his father, Luther David Roddey Jr.

In lieu of flowers, the family requests that donations be made in Phil Roddey’s name to a charity or foundation of your choice.