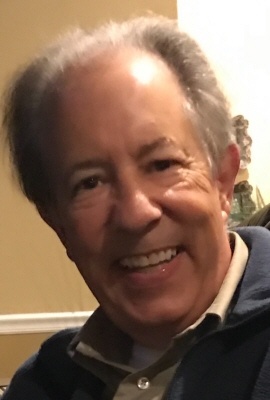 In addition to his wife, Ralph is survived by his daughter, Casey Stoughton (Richard), his son, Ralph Eugene Banks, III (Anna), as well as his precious grandchildren, Logan and Banks Stoughton. He is also survived by his sisters, Shelby Duensing (Jim), Cathy Gillespy (John), his brother Michael Shelton (Kate) and his cousin, Debbi Mattox, as well as his brother and sister in-laws, Thomas Swayne (Janet), Jay Collier, Jimmy Collier (Chris), Joe Collier and many nieces and nephews.

Ralph started his sales career in the food business with Yarborough Distributors in Columbia 40 years ago. In 1983, he moved his family to Charleston and began his career with PYA Monarch, which was later acquired by US Foods. His hard work and dedication were deservedly rewarded with Ralph and Janie traveling to many memorable places around the world including Greece, Australia, and Mexico. He considered his customers to be his friends. He was loved and respected by all those who knew him. Ralph always had a big smile on his face and a joke or two to share. These were two of his greatest qualities.

He was affectionately known as "Big Daddy" by his grandchildren and numerous other neighborhood children. Ralph loved being in his boat with his family and friends. He was also a great fan of Gamecock Football, and often said, "There's always next year." He always enjoyed Sunday afternoons riding in his golf cart and seeing everyone. No matter where he went or what he did, he always made it a good time. Ralph and Janie, high school sweethearts, always looked forward to their high school reunions. Their class of 1974 was a crazy, close-knit group.

He loved his country and was a good and faithful Catholic who loved his church.

In lieu of flowers, contributions in Ralph's memory may be sent to MUSC Foundation, 18 Bee Street, MUSC 450, Charleston, SC 29425. Your gift will be in support of the MUSC Transplant Center Fund #8791.