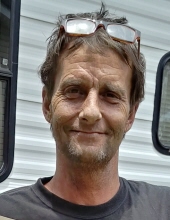 Raymond Fulton Buford, 55, of Charleston, entered into eternal rest on February 03, 2020, surrounded by his family.

Born on September 15, 1964 in Wiesbaden, Germany, Raymond was a son of Katherine F. Simms and the late William C Buford.

At a young age, Raymond developed a love for animals and continued this throughout his life, raising Pigeons, Quail, Ducks and all animals. He was a dock builder and later a self-employed stump grinder around the Charleston area. Raymond will be remembered as a loving son, father and friend to many.

In lieu of flowers, memorial contributions, in Raymond`s memory, may be sent to a charity of one's choice.