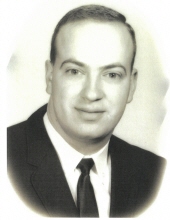 Born on June 25, 1943 in Kermit, TX, Richard was a son of the late Richard Abercrombie Roper and Dorothy Elizabeth White.

Richard worked for Southern Railroad Company for over 30 years. He loved trains as a child and fulfilled his dream of working for the railroad. He loved gardening, riding his bike and helping out in the neighborhood. Richard was loved by his many neighbors in Charleston, and dearly loved by his family. They could always count on getting a Christmas card from their Uncle Ricky. There was never a gentler or kinder soul.

He was preceded in death by two brothers, James David Roper and Steven Douglas Roper.

To order memorial trees or send flowers to the family in memory of Richard Allen Roper, please visit our flower store.