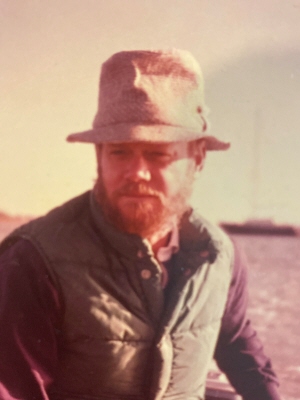 Robert "Bob" Allen Campbell, 79, of James Island, SC passed away on June 21, 2021, surrounded by family looking out at Clark Sound, his favorite view in the whole world.

Born on August 29, 1941. Rocky Mount, NC, Bob was the son of the late Roy Alton Campbell, SR, and Ruth U Campbell of Fremont, NC. Attended high school at the Lee Woodard School in Black Creek, NC class of 1960. Proudly served his country in the United States Marine Corp from 1960-1964. After being honorably discharged, he enrolled at East Carolina University earning his bachelor's degree in biology in 1968.

Professionally Bob worked for the SC Department of Natural Resources as a Public Information Officer and writer for the SC Wildlife Magazine from 1970 - 1996. Upon retirement, Bob worked as a freelance writer for many publications including Island Life Magazine. Bob was an avid lover of nature and the great outdoors. He had an insatiable wanderlust that took him on many adventures around the world. Bob said many times, "if you don't care where you are; you will never be lost." A gentle soul with a kind heart and a carefree attitude. He was always willing to help a friend in need and had a soft spot for animals, especially his beloved Basset Hounds. He will be missed tremendously by all who knew him. We love you Tidewatcher! Enjoy your next great adventure!

In lieu of flowers, memorial contributions can be made to Save the Light. (www.savethelight.org)

Celebration of Life Reception will be held at his home immediately following the graveside service.

To order memorial trees or send flowers to the family in memory of Robert Allen Campbell, please visit our flower store.