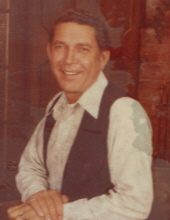 The family of Robert Earl Oliver, 83, of Charleston, announces his passing on Sunday September 06, 2020. Robert was born in Charleston, SC on April 12, 1937 to the late Stella Maggie Jackson and Leon Joseph Oliver. He was husband to late Sherri Elaine Oliver.

Robert is survived by his step-son Brad Harris and wife Karen and their children JC, Michael, Gaven and Paige of League City, Texas, his step-son Tony Harris and wife Mandy of Henderson, Texas and their children Tony, Jr., Joey and wife Katlyn, Bobby Jo and husband Rance, his brother George Terry Oliver of James Island, a slew of grandchildren, great grandchildren, nephews and nieces, and a host of friends, all of whom will cherish his memories.

Robert served as a member of the Naval Reserves and enjoyed visiting his local VFW and the American Legion.

The service will be held at 11:00 am on Saturday, September 19 at McAlister-Smith Funeral on Folly Road. A celebration of life will follow at The American Legion Post 147 James Island at 968 Folly Road from 1:00 - 3:00 pm.

In lieu of flowers, memorial contributions in Robert`s memory may be sent to Our Lady of Good Counsel Catholic Church, P.O. Box 1257, Folly Beach, SC 29439.