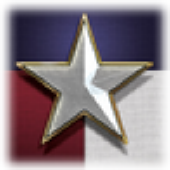 Robert R. Morris, 79, of Goose Creek, passed away March 16, 2014. Born in Richmond, VA, he was the eldest son of the late Thomas John and Margaret Lewis Garland Morris and husband to the late Kimie Aisa Morris of Fujinomiya, Japan. Robert was preceded in death by his sisters Margaret â€œPeggyâ€, June, Jean and a brother Richard all of the greater Richmond area. Robert joined the United States Navy at age seventeen and became a Boatswainâ€™s Mate proudly serving his country for twenty six years, retiring as a Chief Petty Officer. During his Navy career he traveled to many places and served In-Country during the Vietnam War. After his military service, he worked and retired as a Police Lieutenant for the Department of Defense at Naval Weapons Station Charleston. Mr. Morris is survived by his two children, Thomas Morris and wife Jennifer of Moncks Corner and daughter, Margaret Morris Bramlett and husband John of Locust Grove, OK. A memorial graveside service will be held on Friday, March 21, 2014 at 2:00 p.m. in Beaufort National Cemetery. In lieu of flowers, donations can be made to the Navy-Marine Corps Relief Society or DAV (Disabled American Veterans).