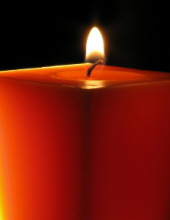 He was born on May 29, 1954 in Jaipur, India to Rabindra Chatterjee and Padma Mukherjee and was the youngest son of nine children.

After completing his Masters in Chemistry, he moved to Columbus, OH in 1981. On December 9, 1984 he married Nibedita Tarafdar and together they have two sons. He worked as a chemist and eventually a product development manager (MeadWestVaco, Ingevity) for more than 30 years and was widely respected in the asphalt emulsion industry.

He was a loving husband, affectionate father, dutiful brother, and would go out of his way to help a friend in need. He was an active member in the Indian community in the greater Charleston area, and will be dearly missed by friends and family. He enjoyed spending time with his family, going for walks, and singing with his wife.

He is survived by his beloved wife of 33 years, Nibedita, and sons, Rohit and Ronnie, and loving friends and family.

The funeral service will be at 2:00 PM on Wednesday, November 22, 2017, at McAlister-Smith Funeral Home West Ashley Chapel.