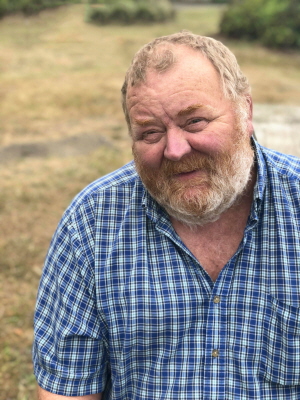 Roger Lee Cockrell, 53, of York, South Carolina passed away on June 24, 2020. In lieu of flowers we encourage friends and family to take a shot of Crown and donate to a Veterans charity of their choice such as the Disabled American Veterans Charitable Service Trust or the Gary Sinise Foundation.

Roger was born on August 27, 1966 in Barstow, CA but was a rolling stone all his life. He was the son of the late Wilbur and Katrinka Cockrell.

Roger served in the army as a tank mechanic. He excelled throughout his career as a wind turbine technician and being an excellent Santa Claus. He loved to sing country songs and fish, spend time with his family and grandkids whom he ranked as favorites, and enjoyed a good drink as long as you made it "80/20". Although he was crass and cranky, he was the life of the party anywhere he went and never met a stranger.

He is survived by his partner of twelve years, Janet McKillip; his step-daughter Lindsey McKillip; his two children Marvyl and Dale Cockrell; his siblings Richard Cockrell, Rosemary Attebery, Dennis Cockrell, and Tammy Hatfield; his favorite granddaughter, Olivia, and his favorite dog, Max. In addition to his parents he was predeceased by his brother Raymond.