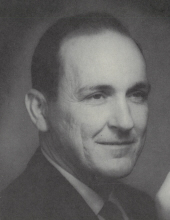 Roland Smith, who celebrated his 92nd birthday in November, passed away on Saturday, January 11, 2020 at the Sandpiper Hospice Center in Mt. Pleasant, SC.

He is survived by his wife, Esther; a son, Jerry; and daughters, Karen and Kim.


He lived a long, busy and productive life. After serving four years in the Navy, he was a Police Officer in Charlotte, NC. They later moved to York, SC, where he owned and operated a Truck Stop. There they developed and operated a 90-unit Mobile Home Park. He also operated his own "Smith's Security Systems" business. One of the most rewarding jobs was owning and operating a concession unit where they sold their famous homemade "snow-balls" to school children, sporting events and such. He is lovingly remembered by his family and friends.