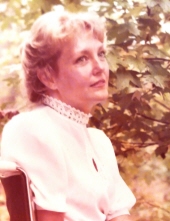 Sally Thomas Yocum, 79, of Summerville, wife to Terrance Wayne Yocum entered into eternal rest on March 01, 2021, surrounded by her family.

Born on September 19, 1941 in Jackson County, MO Sally was a daughter of the late Shelby T Buford and Jesse M Foy.

Sally, worked at General Electric for thirty years in Atlanta, GA retiring in 2004. She enjoyed painting, watching figure skating and creating Christmas Cards for her church in Roswell, GA.

In lieu of flowers, memorial contributions in Sally`s memory may be sent to: Atlanta Post-Polio Association (www.gagives.org) or ASPCA.