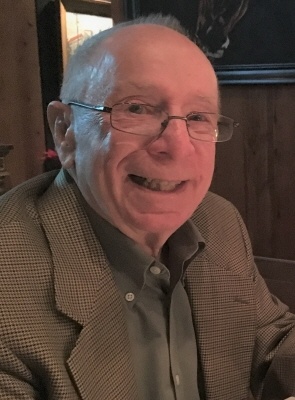 Born on December 25, 1935 in New York, New York, Steve was the son of the late Dr. Alfred Berque and Dorothy Berque (Botwin).

Steve served in the United States Army as Chief of Medicine at the Fort Belvoir Base Hospital in Virginia from 1964 through 1965 and again served as Chief of Medicine at the Long Bien Evacuation Hospital in Vietnam from 1965 through 1966. Upon returning from Vietnam, Steve practiced internal medicine and gastroenterology at Pascack Valley Hospital in Westwood, New Jersey from 1966 through his retirement in 1993. Steve also served as the hospital's chief gastroenterologist from 1970 through 1989. Throughout his career, Steve was a dedicated and distinguished physician who worked tirelessly on behalf of his patients and their families. He was active professionally as a Diplomat in the American Board of Internal Medicine, a Fellow in the American College of Physicians and a Fellow in the American College of Gastroenterologists.

In addition to eagerly keeping up with advances in medicine, even in retirement, Steve enjoyed reading widely, watching movies, photography, passionately learning anything and everything new, and sharing informal medical advice with family and friends. While he was a swimmer and a golfer earlier in his life, tennis became his true passion and he continued playing, and working to improve his game, even in the last months of his life.

Although no funeral or memorial service is planned at this time, Steve's ashes will be scattered in the Marsh behind the home he and Carol loved at Seabrook Island.

In lieu of flowers, memorial contributions in Steve's memory may be made to "Team Luke Hope for Minds (www.teamlukehopeforminds.org) an organization that Steve supported in their work to assist children impacted by brain injuries.