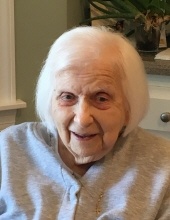 Theresa Zink Carino, 91, of Sullivans Island, South Carolina, passed away on September 10, 2019.
She was born on October 12, 1927 in New Britain, Connecticut, daughter of the late Magdeline Czauskas and Frank Zink.  She was the youngest of seven brothers and sisters. She grew up in New Britain and attended New Britain High School.
Theresa was preceded in death by her husband of 66 years, John William Carino and her daughter Nancy Carino.
She is survived by her children, John Carino, Jr of Gilbert, Catherine Carino of Phoenix Arizona, David Carino (Lisa) of Sumter, Janice Carino Chestnut (Sonny) of Sullivan’s Island, and Margaret Carino (Herb) of Glendale Arizona, and six grandchildren.Before recently moving to Charleston, Theresa lived in Columbia for over 55 years and was a member of St. John Neumann Catholic Church.  While her children were in school, Theresa was involved with many of their activities acting as home room mother, school volunteer and chauffeur to their many obligations.  In addition to raising six children, which is a huge accomplishment by all accounts, Theresa was a devoted wife and also had other jobs in her life working at a record store, JB White department store and book keeper for Charlie O Incorporated.  She was an excellent cook with her pizza, lasagna, cheesecake and oatmeal cookies being recipes she was known for.  In her later years she enjoyed doing jigsaw puzzles, card games and was a fierce Pokeno Player leaving those who took her challenge to regret it later on.  She will be missed by her family and caregivers that will remember her sense of humor, quick wit and her look that only a mother could give.
The family will receive friends on Monday, September 16, 2019 from 9:30 AM to 10 AM at McAlister-Smith Funeral Home, Mt Pleasant, 1520 Rifle Range Road, Mt Pleasant, SC 29464.
A Celebration of Life service will be held at 10 AM on Monday, September 16, 2019 at McAlister-Smith Funeral Home, Mt Pleasant, 1520 Rifle Range Road, Mt Pleasant, SC 29464.
In lieu of flowers memorial contributions may be made to Stella Maris Roman Catholic Church, PO Box 280, Sullivan’s island SC 29482 or St. John Neumann Catholic Church, 721 Polo Road, Columbia, SC 29223.  Expressions of sympathy may be viewed or submitted to www.mcalister-smith.com.
Arrangements entrusted to McAlister-Smith Funeral Home, Mt Pleasant, 1520 Rifle Range Road Mt Pleasant, South Carolina, 29464, 843-884-3833.
To order memorial trees or send flowers to the family in memory of Theresa Zink Carino, please visit our flower store.