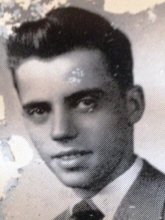 Dr. Thomas E. Simkins, 81, formerly of Troy NY, passed away on Sunday, September 13, 2015 in Mt. Pleasant, South Carolina, after a courageous 24 year battle with prostate cancer. His loving wife, Lorraine, recently pre-deceased him on July 20, 2015. He was born on January 1, 1934 in Rensselaer, NY to the late Mrs. Edna L. Jackson Simkins and the late Mr. Everett Edward Simkins. Thomas served in the U.S. Air force for four years after high school and then, with the assistance of the GI bill, went on to complete his undergraduate education in mechanical engineering at Northeastern University. He went on to complete his graduate studies at Rensselaer Polytechnic Institute (RPI), earning a PhD in mechanical engineering, while working for Benet Laboratories, a U.S. Army center of excellence at the Watervliet Arsenal. He spent his entire career working for Benet Labs and made many scientific contributions, both civilian and military related, giving back to his country for the opportunity the GI bill provided for him. He was also an adjunct Professor at RPI for many years, teaching the exciting subject â€œTheory of Elasticity.â€ Tom enjoyed sailing his boat 'Williwaw', tennis, the piano, mathematics, teaching engineering and several volunteer projects in the medical field. He especially enjoyed the time he spent with his family and friends at their summer cottage in Willsboro Bay, NY, on Lake Champlain. In the 1970's, Tom published a local newspaper called 'The Town Crier', that advocated for responsible development and environmental concerns, as suburban sprawl was over taking his rural town. His family remembers him as a devoted husband, father, brother, grandfather, uncle, mentor, and friend. Tom never lacked for a great story or poem to tell the grandchildren around the dinner table or campfire, and he had, and appreciated, a good sense of humor. Although he left everyday culinary arts and home making to Lorraine, he will always be remembered (among other things) for his attempt at making the kids 'pumpernickel french toast' when his wife was away. Tom was extremely intelligent, talented and fun. He was a dreamer, an inventor, a philosopher and a scientist. He appreciated sailboat racing, books, fast cars, innovative technology, and Roger Federer's backhand. His commitment to his wife of 57 years and 359 days was legendary; Tom loved his Lorraine. He is survived by one daughter, Tanya A Teich (Terry Pugh), of Mt. Pleasant, SC; two sons, Daniel T Simkins (Heidi), of Hinesburg, VT and David E Simkins (Heather), of Colchester, VT; 6 grandchildren, Jessica, Benjamin, Sophia, Everett, Erik, and Brian; 1 great grandchild, Cameron; one sister, Evelyn Smith, of Sudbury, MA; many loving nieces, nephews and friends, and one furry friend, Layla. A Celebration of Life with Military Honors will be held at McAlister-Smith Funeral Home, 1520 Rifle Range Road, Mt. Pleasant, SC 29464 on Thursday, September 24th, 2015 at 3:00 PM with Pastor Robie Hiott officiating. Expressions of sympathy may be viewed or submitted online at www.McAlister-Smith.com. Arrangements have been entrusted to McALISTER-SMITH FUNERAL HOME, MT PLEASANT CHAPEL, 1520 RIFLE RANGE ROAD, MT PLEASANT, SC (843) 884-3833.
To order memorial trees or send flowers to the family in memory of Thomas E. Simkins, please visit our flower store.