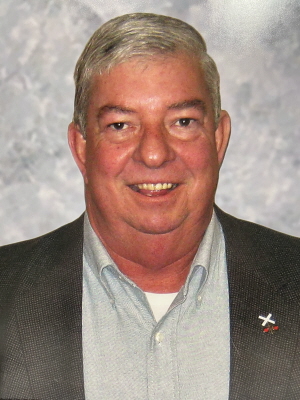 Thomas P. Bingham, 67, of James Island, husband of 50 years to Pamela Edwards Bingham, entered into eternal rest on February 09, 2021, with his wife by his side.

Born on April 28, 1953, in Charleston, Tommy was the son of the late Robert P. and Helen Harley Bingham.

Tommy attended Riverland Terrace Elementary and James Island High School and was a lifelong resident of Riverland Terrace on James Island. He and Pam are active members of James Island Baptist Church. Tommy began his career as a brakeman for Southern Railway at age 20. He retired from Norfolk Southern Railroad as a locomotive engineer after 38 years of service. He was an Operation Lifesaver presenter and also the Norfolk Southern safety award recipient for 35 years of injury-free service in 2009. He was a member of James Island Masonic Lodge and Charleston Elks.

Tommy enjoyed volunteering at James Island County Park and James Island Outreach. He and Pam enjoyed RVing and camping in many places through the years. By far his favorite sport was golfing at the Muni with his friends and the Muni Rascals. Even though he may not have been able to play the course since the recent renovation, he and Pam were able to take a golf cart tour together of the entire course before the reopening

Memorial contributions in Tommy`s memory may be sent to James Island Baptist Church and the American Cancer Society.

Expressions of sympathy may be viewed or submitted online at www.McAlister-Smith.com.

To order memorial trees or send flowers to the family in memory of Thomas P Bingham, please visit our flower store.