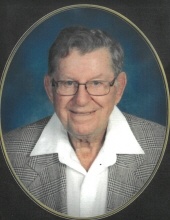 Mr. Reddel was born in Chicago, Illinois to the late Arthur Albert Reddel and Helen Wilhelmena Hanson Reddel and made Charleston, South Carolina his home in 1965.

He was a Captain of many merchant marine vessels and worked for Military Sealift Command under the Department of the Navy. He was an avid photographer and loved traveling in his Airstream trailer.

In addition to his parents, he is preceded in death by his wife, Dorothy Madge Plieskatt Reddel and a sister, Shirley Reddel.

A private family graveside service will be held on Friday, July 25, 2020 at Live Oak Memorial Gardens in Charleston, South Carolina.
In lieu of flowers, donations can be made to the Presbyterian Church on Edisto Island or Hospice of the Golden Isles.