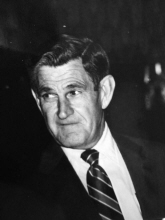 William 'Bill' Munson Pearson , 88, of Mt. Pleasant, SC died on Thursday, March 13, 2014. He was born on July 9, 1925 in Vancouver, Canada to the late Maude Louella Pearson and the late Oscar William Pearson. Bill Served in the Royal Canadian Army in World War II and worked in the forestry and lumber industries in Canada, Washington State, Arkansas and South Carolina. He volunteered his time for the Camp Fire Girls and for East Cooper Meals on Wheels. He also served as Chairman of the Board of the Trident Literacy Council 1988-1991. He is survived by his wife; Paula Maxine Pearson, of Mount Pleasant, SC, as well as his two children, three grandchildren and an extended family of loved ones, Val Pearson, Jeff Pearson, Monica Pearson, Jacklyn Pearson, Skyler Pearson, Kelli Arrigo, Peggy Knapp and Amy Moyer. A Memorial Service will be held at Mt. Pleasant Presbyterian Church on Sunday, March 16, 2014 at 2:00 PM. Arrangements have been entrusted to McALISTER-SMITH FUNERAL HOME, MT PLEASANT CHAPEL, 1520 RIFLE RANGE RD., MT PLEASANT, SC (843) 884-3833.
To order memorial trees or send flowers to the family in memory of William Munson Pearson, please visit our flower store.