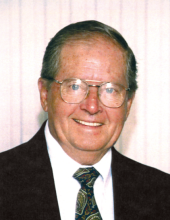 He was preceded in death by his parents, Elsey and Viola Duncan and sisters, Sybil Flynn and Irene Cypert.

Pete served his country in the US Navy during World War ll. Prior to his retirement he was the owner of Duncan Dental Lab. He enjoyed coaching at St. Andrews Playground where he also served as Commissioner. Pete was an avid golfer who took great pleasure in playing with his family and friends.

In lieu of flowers, memorial contributions may be made to Crosstowne Christian Church, 1941 Bees Ferry Rd., Charleston, SC 29414.
To order memorial trees or send flowers to the family in memory of William R Duncan, please visit our flower store.