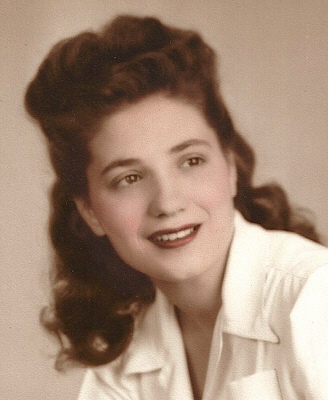 Born on March 23, 1922 in Morolo, Italy.  Yole was the daughter of the late John Schiavi and Nazzarena Cellini Schiavi, both of Italy.

During WWII, Yole worked for Curtiss Wright as a riveter and driller on P-40 Fighter planes and C-46 Commando Cargo planes, along with her good friend Jenny Sack, whom she kept in contact with their entire lives. Yole's photos and stories were accepted in the Rosie the Riviter/World War II Home Front National Historical Park in 2005. Yole had a wonderful life with her husband Robert. They met at a USO dance just after the war. It was love at first sight and spent the next 65 years together. They took up ballroom dancing and became champion competitors! Yole was also a seamstress, loved baking Italian food, cake decorating, canning, gardening and growing her favorite red roses. She was also a wonderful mother and homemaker. She made life fun!

A memorial service and a Catholic Mass will be held at a later date in Lackawanna, New York.

In lieu of flowers, memorial contributions in Yole`s memory may be sent to: Amedisys Foundation, 1027 Physicians Drive, Suite 240, Charleston, SC 29414.