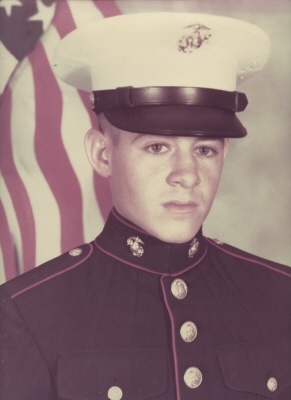 Being a native of Charleston and living locally throughout his life Gus was very well known and liked by many of the inhabitants of the Lowcountry and outreaching areas beyond Charleston. Known well for his passion and great ability for fishing offshore he gained a reputation for being one of the most capable fishermen in the area during his early years. Gus also crabbed the Charleston Harbor for a time with his youngest brother in a Downeast-style lobster boat he acquired in Maine. His main business was heavy equipment. Of his accomplishments, he was most proud of having been a United States Marine, from Riverland Terrace to Parris Island! Although he likely wouldn't mention it aloud, he had the family property which he developed on Constantine Lane to be proud of as well…Constantine Farm.

Gus was an integral member of his family and was and will always be a loved and cherished brother as well as a son to his parents - he will be missed each day as we go forward in this life. He is and always will be at the forefront of our minds, in the deepest depths of our hearts. His memory indelible, never fading.
God has him now and he is at rest with the Lord. He suffers earthly pain no more and his troubles are all gone by never to arise again. We will meet our loving Gussy again and see each other soon in God's house by and by.

Gus leaves behind his devoted mother and father; his younger brothers, Timothy Lee Constantine currently residing abroad, and Matthew Peter Constantine and his wife Jeannie of Johns Island; as well as many other family and friends.

A small private service will be held at a later date.