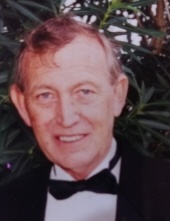 He was born in Charleston, SC on June 18, 1947, and was the son of the late Clifton W. Benson Sr. and Thelma Louise Cox Benson.

He attended The Citadel and studied chemical engineering and criminal justice. He was an instructor for Trident Tech for 21 years. Wallace was instrumental in securing Folly Beach the designation of City of Folly Beach and he faithfully served his community, which he loved, by being Folly Beach’s Director of Public Safety (Chief of Police and Fire) for 5 years and being on FB city council for 20 years. He was also a member of the FB Civic Club, Exchange Club, and headed the FB Rescue Squad. In 1975, he and two other “Folly Sons”, Rick Stringer and Tommy Rhodes, formed the Folly Beach Sharkers. Not only did they shark fish, but also participated in a tag and release program in order to secure information on the migration, habits and other info on sharks. Wallace also founded the City of Folly Beach Hall of Fame which recognizes past and present citizens of Folly that have gone above and beyond to contribute and help the City.

In lieu of flowers, the family requests donations be made to MAD Rescue Transport, https://www.paypal.com/paypalme/my/profile or mail checks to 7256 Highway 162, Hollywood, SC 29449, or the Halloween Carnival (Folly Beach Civic Club).