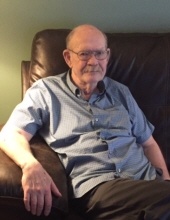 It is with great sorrow that the family of Charles L. Wasden, 78, announces his peaceful passing on February 13, 2019.

He is predeceased by his parents the Reverend Fred Paul and Edna Christian Wasden and siblings Donald and Leslie Wasden, and Agnes Green.

Charles was a proud 31-year member of the United States Navy during which time he earned countless awards serving on five nuclear class submarines while stationed in six different states. He finally landed in Charleston, South Carolina where he decided to stay. Upon retiring, he attended Trident Technical College and earned an Associate in Science degree. His second career was with Republic Parking in downtown Charleston where he stayed until his 75th birthday. He was an avid coin collector, a voracious reader, and a dedicated fan of the latest audio/visual equipment and technology. His favorite hobby was just spending time with his loving family while drinking his favorite coffee.